City of Barberton, The App

The Mayor of Barberton, William Judge, is always looking for ways to engage the community, and I have been working with him to accomplish that on the technology front. In 2013 I did a complete overhaul of the City’s website; the goal was to structure the website in a way which would make it easier for citizens to interact with local government while also promoting the City’s strengths to visitors and potential residents. The website was designed with mobile use in mind, but people are coming to expect the experience provided by a dedicated mobile apps, so in 2014 Barberton will begin introducing dedicated mobile apps.

According to web browsing statistics most mobile users are coming from Apple iOS devices, so the first app to launch will be for iPods, iPhones, and iPads. The app will launch with basic features that take advantage of the City’s existing modern technology infrastructure. There will be a news feed, a section for requesting services or reporting concerns, and a section that will conect citizens to other online resources. If the app is a success then more features will be added. 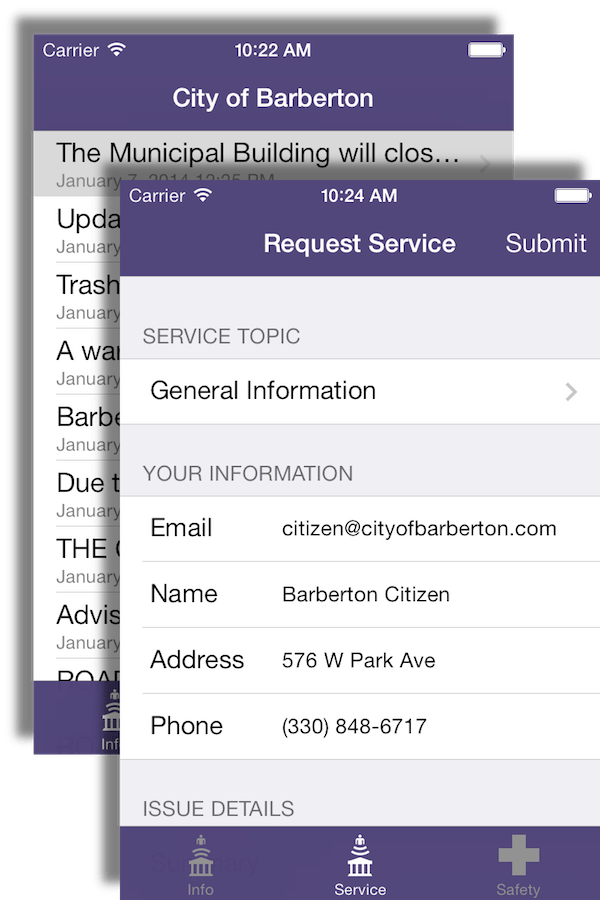