When we arrived at Seneca Rocks it was still raining a little, and there was a veil of fog over the mountain. We parked and took our gear to the pavilion near the trailhead. After sorting out which equipment each of us would carry, we headed out. The first obstacle was thighmaster, a talus slope which must be ascended to get to the west face. It is appropriately named.

By the time we had scrambled up the boulders and emerged from the trees it had stopped raining. So we prepared to climb. We would attempt Old Man’s Route first. Since this was most of ours first trad climb, and everything was still wet, we didn’t get as far as we would have liked to that first day. It was late in the day when we made it to where Old Man’s intersects with Neck Press, just below Traffic Jam (right around the upper letter “E” in this photo at Mountain Project). So we decided make the 160 foot rappel down and call it a day.

It started getting dark as we hiked back to the car. We got back to the trailhead around 8:30. It was time for some pizza, or so we thought. We arrived at the Front Porch at 8:45, 15 minutes before the official Sunday close time. But they weren’t open. After driving around for a half hour looking for someplace else to eat we gave up and went to the campground. For dinner we washed down trailfood with lukewarm beer. Then we called it a night.

The next day brought clear blue skies. So, we headed to the east face to send the Skyline Traverse. We made a short unprotected climb to get to the ledge where the first pitch starts. The first pitch was a nice easy climb. There wasn’t a ton of room at the top of the pitch however, but we managed to find room for all four of us there.

It was the first move of the second pitch which made me just a little nervous. From the ledge you have to step out onto some small footholds above an impressive drop-off. There is a very old piton in the wall before the traverse, which was reassuring. But, there was also a broken piton and holes which previously contained pitons, and that was less reassuring. We were well protected, so it just took a nervous minute to switch over ropes and follow Doug up.

After making it across the route heads upwards. There were climbers below us, so we were careful not to dislodge the pebbles and rocks strewn along the second pitch. The rest of the way up was quite easy. At the top of Skyline we looked for the route to get up to the gun sight. There is no cell service whatsoever, and we didn’t have a good map of the east face, so we ended up scrambling back around to the west face.

For a Monday the west face was busy. We managed to get on Old Man’s route again. As we waited our turn two more parties showed up to climb it. And even though we were much quicker going up it, it was again late in the day when we reached the intersection of Neck Press. We weren’t worried about running out of daylight this time, but we needed to leave ourselves enough time to make the over five hour drive back home. So, we stopped short of our goal and rappelled down.

We made it to the Front Porch for dinner - pizza and beer. Over dinner we discussed how the pizza compared to that of Miguels. I think that the consensus was that neither was better, they were just different. Whereas Miquels has a more New York style thin crust, the Front Porch has a slightly thicker version with maybe slightly more cheese. The peppers they use are also tasty, if you are in to putting vegetables on your pizza.

Despite the rain and lack of pizza on the first night, the trip was a lot of fun. We all got a little uncomfortable at times and thus had opportunities to grow and build confidence. But, we didn’t make it to the summit as we had planned to, so we will definitely need to come back again soon. I’m eager to experience the exposure encountered when making the final push to the summit. Well, maybe I’m not eager. But, I do look forward to pushing through that uncertainty and sitting atop the only summit east of the Mississippi not approachable by foot. 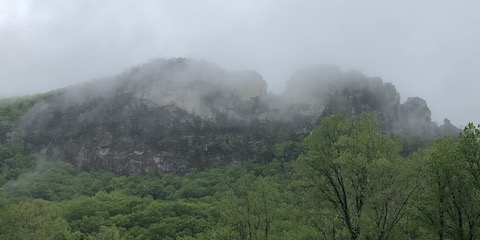 The rain started clearing out on Sunday, but there was still plenty of fog

The rain started clearing out on Sunday, but there was still plenty of fog 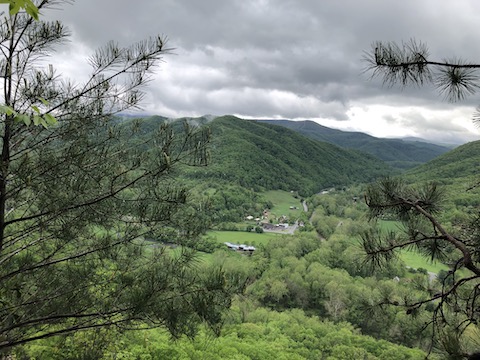 The views are much more impressive when seen in person

The views are much more impressive when seen in person 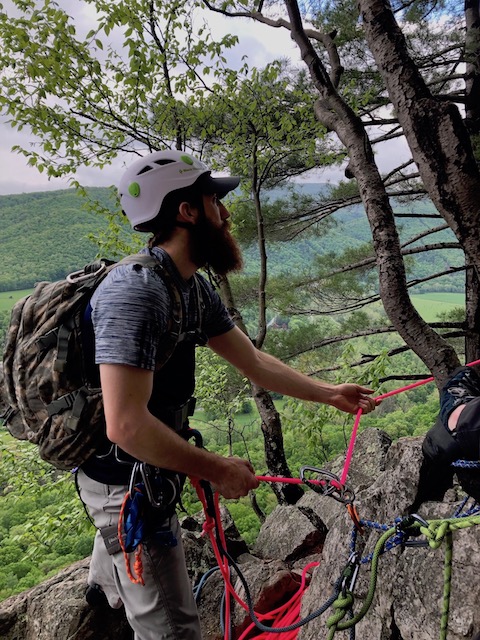 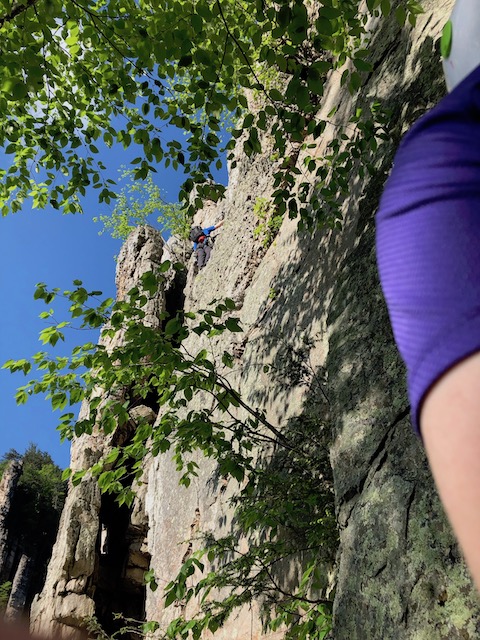 Doug starting up the first pitch of Skyline

Doug starting up the first pitch of Skyline 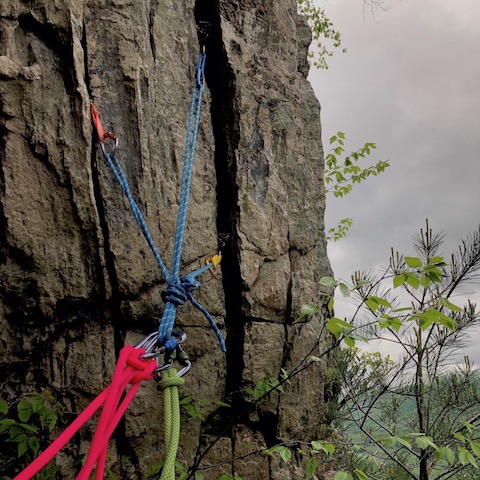