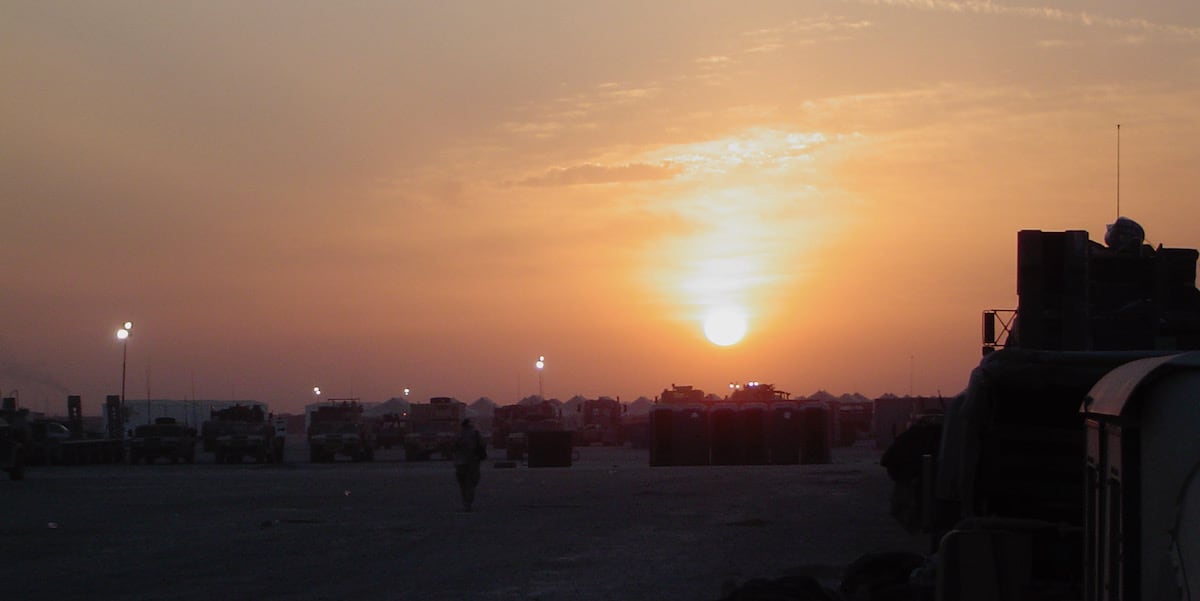 When did you leave for Iraq?

I left my job and my family in September of 2003, I arrived in Kuwait in February of 2004 and we moved into Iraq in March of the same year.

How old were you when you enlisted?

What division did you enlist in?

Why did you enlist?

I enlisted to pay for college.

How long were you in Iraq?

I was in Iraq for a total of ten months, eight of those months I was in Baghdad.

When did you come back?

What countries did you go to?

My most of our time in Iraq, but on the way we spent a couple weeks in Kuwait.

Side note: My unit may have accidentally stuck a toe in Iran. We were tasked with providing security for one sector of a cordon, but we had to go out of our way so that we wouldn’t reveal the area which was being surrounded. As we navigated the desert we learned that large irrigation ditches are not always on the maps. So, we had to go even further out to get to a spot where we could cross, and we may have breathed some Iranian air along the way.

The question is a very open ended, but here are a few things that still stick out in my mind: It always smelled awful, the country literally smelled like a mixture of garbage, burning garbage, human waste and industrial pollution. There was garbage everywhere and the sanitation was very poor. Generally speaking, it was normally dry and hot. The air temperature, in the shade, was above 128 degrees almost every day in the summer (my thermometer only went to 128). There was a great divide between the poor and wealthy, though our presence leveled the field somewhat. The wealthier people lived in fairly nice houses hid behind huge walls, while many of the poorer people lived in what appeared to be mud huts.

How did you interact with the natives?

There were many, many different types of people there, and our interaction with them usually depended upon their attitude towards us. We mentored and trained Kurds and Turkmen to be police officers and soldiers, so with them we usually maintained a student-teacher type of relationship. We bought supplies from local Iraqi merchants and employed local Iraqis as laborers, we usually had positive interactions with these people. But, every one that we did not know, the average Iraqi citizens, had to be treated with suspicion for our own protection. So, we were normally interacting with the Iraqi citizens as a police officer here would interact with our citizens.

Side note: Keep in mind that this was written in 2006. Reading this now, the ease in which I compared an occupying military force to domestic US police forces while attempting to paint a picture of them both acting magnanimously is a bit jarring. Also, I did not write the questions, and I do not think the questioner had negative intent with their word selection here, they just didn’t know a word to use for ‘people who lived in the occupied land’. Somewhat surprisingly, I’m not sure I do either.

Long. We worked on shifts, and I was on first shift, so that is where my perspective comes from. We would get up early, shave, eat breakfast, clean our weapons and prepare for the day’s mission. After the mission was executed, we would do an after action review to recap the days event, clean our weapons and prepare for the next days missions. If we had time after all that we would shower and relax.

It was like a great weight was lifted off of me. I was free again. I had control over my life and my destiny again. The Army never told us what was going to happen when and the insurgents certainly didn’t, so while I was there I was basically always waiting for something to happen, always waiting for a stimuli to react to, always waiting for a command to follow. It took me a while to learn to be proactive and independent again, even though I had been so eager to do so. I also had to re-establish my place in my family, my job and society. They all had to keep moving forward while I was away and it took me a while to get back into the swing of things. For example, when I came back I went to Arby’s and they were selling low carb sandwiches, sandwiches without buns. To me this was just a bunch of lunch meat in a wrapper, that’s not really a sandwich. What changed in society that made a sandwich no longer required bread, when I left the presence of bread was a defining quality of a sandwich. There was a lot of little things like that when I came back.

Do you have kids?

Do they understand why you were gone?

My oldest son knew what I was doing but not why. I don’t see how he could understand why; most Americans, myself included, don’t truly know why we are there.

Was it hard coming back? Why? What was it like emotionally?

Coming back was not hard, that was one of the best times of my life. It was a little harder once the initial elation passed. I had to find my position in my family and society again. Every one tried to help me fit in again and to relate to me, but I could not relate back to them completely. I now have a bit of wisdom that most people don’t have, and I can’t even quantify or qualify what that wisdom is. I don’t think that a non-veteran could understand what I am speaking of, and that is at least partially due to my inability to truly describe that bit of knowledge that I have been given by virtue of being in a combat zone.

What was it like coming back to your civilian job?

That was the easiest thing for me to come back to. Not much had changed for me, my same job was waiting with virtually the same problems as when I had left. I was able to read and keep abreast of changes in my industry while I was away.

It probably took me about 6 months to stop scrutinizing overpasses I was driving towards, and another few months to stop habitually changing lanes as I drove underneath them. It must have taken 12 months of more for my heart not to race when I heard a sudden loud noise while not wearing protective gear. And, it took at least 12 years for me to come to terms with my role in the Iraq war. Some people never come to terms with it. If you are having trouble, please speak with someone. It may not be as easy as it should be to find help, but there are people who can help. You are not alone, there are thousands of us who have suffered similar traumas. 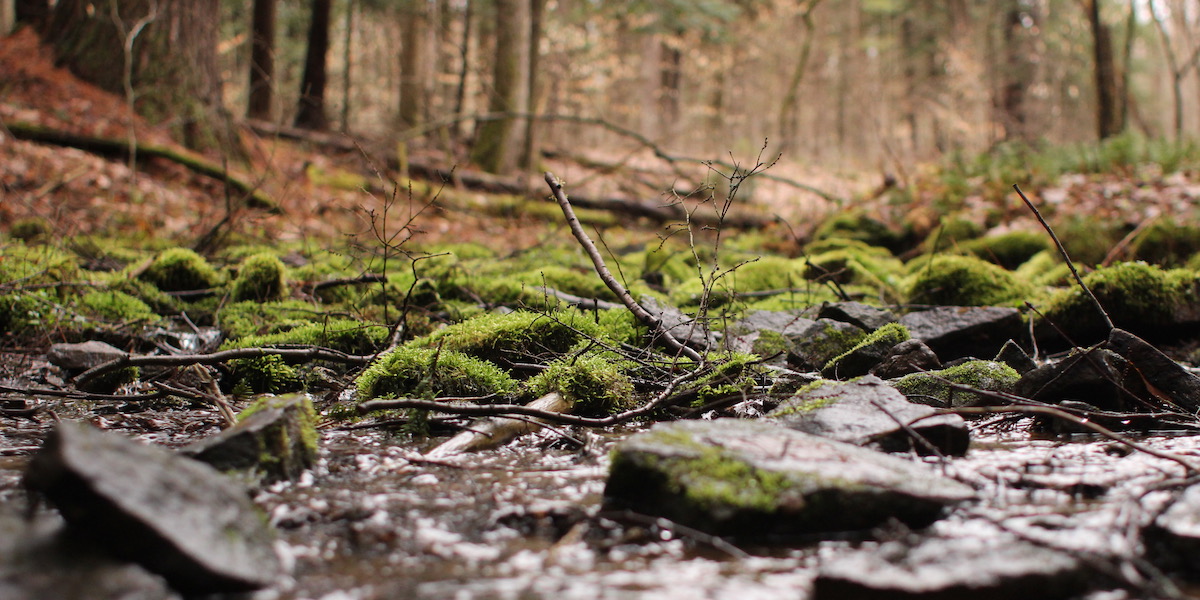