I remembered recently being surprised to see Polaroids for sale at a box store, so I thought I might have a chance. When I got back from the bike ride I started searching for information about the resurgence of Polaroid. I came a across this beautiful twin lens reflex (TLR) polaroid and was reminded of our wedding photographer who, many years ago, used a camera similar in style to that. I decided to see if I could find a cheap old camera TLR camera.

I know a little about photography, so I thought I would search for an old TLR with a wide aperture that would allow me to shoot using aperture priority as I like to do when shooting digital. It seemed that a Rolleiflex 2.8F would be a great choice. I quickly learned that old TLR cameras were not necessarily cheap. A working Rolleiflex 2.8F costs between $1200 and $3000. I wasn’t prepared to pay that much for something I wasn’t sure that I would like, in a new hobby I wasn’t sure I would enjoy, to accomplish a goal which I wasn’t sure was possible. I needed to find a cheaper on-ramp if I was going to give manual TLR cameras a try.

I started by researching what made Rolleiflex TLR cameras so expensive. It seems a large part of the price is the name, but some of it is the construction of the camera. If I could find a camera with similar construction but a different brand, I might be able to get many of the Rolleiflex’s sought after qualities without the sticker price. So, I started searching for other German made TLRs. It seemed like the best second choice to Rolleiflex was Ikoflex. For now I was ignoring the many well made Japanese TLRs.

I searched ebay for Zeiss-Ikon Ikoflex cameras which appeared to be in reasonably good condition, but weren’t necessarily certified as working. I was searching for something which: didn’t appear to have foggy lenses, didn’t appear to have been damaged by another amateur camera repair person, and didn’t appear to have been stored in damp conditions. I found one that fit my criteria for just $80. It seemed to be working, but would need some sort of tune-up. The people who sell cameras on ebay would say this camera “needs CLA.” CLA stands for Clean, Lubricate, and Adjust.

I received the camera and it was in surprisingly good condition. It worked like a camera which may have not been serviced since it left the factory roughly 65 years ago. The self timer was not working, the shutter was very slow below 1/30, and the focus was nearly impossible to adjust. So, just a little CLA and I’d have a working camera. I ordered a service manual for the Ikoflex. Until the manual arrived I was going to shoot a roll of film and see how it turned out.

With the manual in hand I started taking the camera apart. The manual gives directions on which parts should be lubricated, but as I took the camera apart I found that it was going to need more than a little lubrication. The reason that focusing the camera was so difficult was that the grease on the focusing mechanism had turned into a thick, nearly solid paste. The grease was almost completely oxidized.

As I put solvent or light oil on the old grease it would loosen up again. But, I think that either the effect would have only been temporary or the grease would no longer provide the needed lubrication. Also, I was concerned about mixing different types of greases and oils. The manual gave me the Zeiss part numbers for the appropriate greases and oils, but I could not find documentation of the original grease’s characteristics. Mixing lubricants with different bases would certainly lead to larger problems in the near future. Furthermore, there were spot where the grease appeared to be baked on to the metal. It took soaking and scrubbing with a stiff bristled brush to clean it off.

After considering all of these factors, I’m not sure how a simple CLA would have been beneficial to this, or any other, 65 year old camera. I’m sure there are some experienced camera repair folks who could tell me how I am wrong on this. But, until I hear from them, I’m going to assume that old cameras like this need to be completely disassembled, cleaned of all their old lubricants, and then re-lubricated. I did exactly that with this camera. Well, I did it for the focus and film advance mechanisms. I’m not ready to take on the shutter mechanisms yet. I will find a camera with a shutter which is already broken to learn on.

After reassembling the camera I made sure its infinity focus was still correct. Then, I set about cleaning all of the optics. This is when I learned another lesson. The service manual advised that the viewing mirror could be cleaned with a fine haired brush. There was some grime on the mirror, so I grabbed a lens brush to gently wipe it away. Unfortunately, the brush took away more silver coating than grime. I knew that the silver was on the front surface of the mirror, so I used slow gentle strokes. But, after 65 years, the silver was no longer interested in sticking to the glass. Surprisingly, the view finder still presented a great image in spite of mirror having missing patches. I decided to order a replacement mirror to bring it back to factory condition.

My Ikoflex Ia, serial number 673443, is now working well enough to take photographs without risking damage to the camera. I still need to replace the cover, and eventually I will need to service the shutter, but for now I am able to slowly take photographs.

It’s satisfying to know that I have given new life to an older piece of technology. The work I put in also helps me smooth over the leap I made, in typical American fashion, from appreciating the world around me to buying some thing. And, despite my earlier complaints about it, I used digital technology to source all of the parts used in this story. I’m aware of the internal tension in my story and thought process. But, when society as a whole is filled with such tensions, is it really possible for any individual to escape them in their own thoughts and actions? I will be contemplating such things as I take my newly restored vintage camera and wait for golden hour. 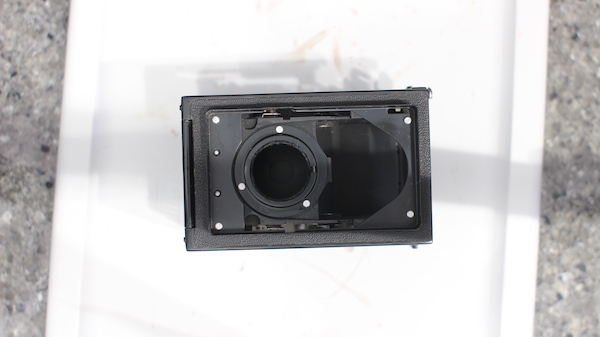 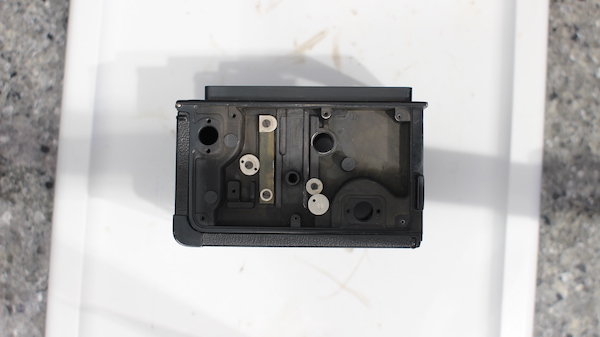 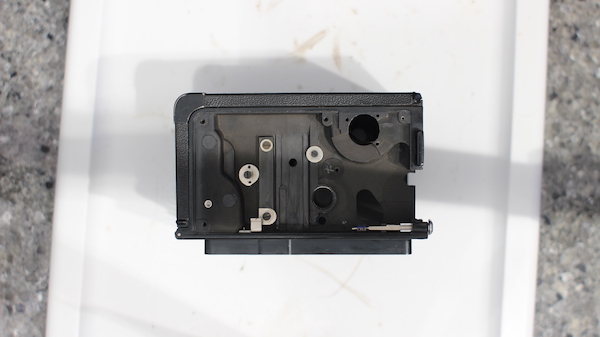 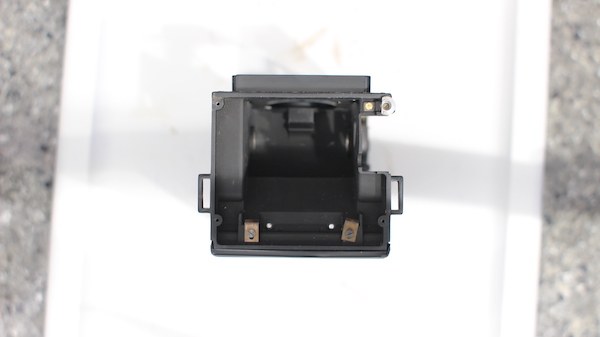 The top of the camera frame after stripped down and cleaned

The top of the camera frame after stripped down and cleaned 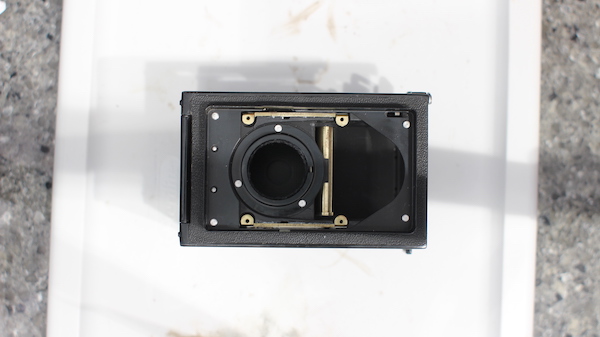 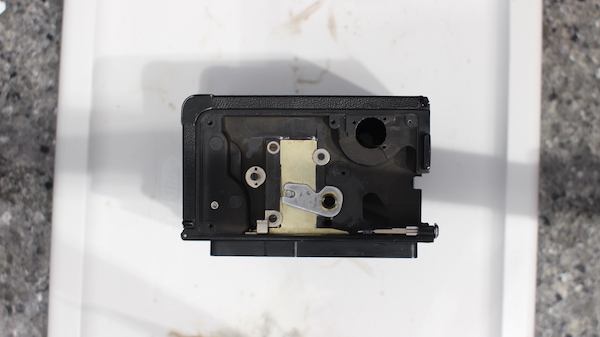