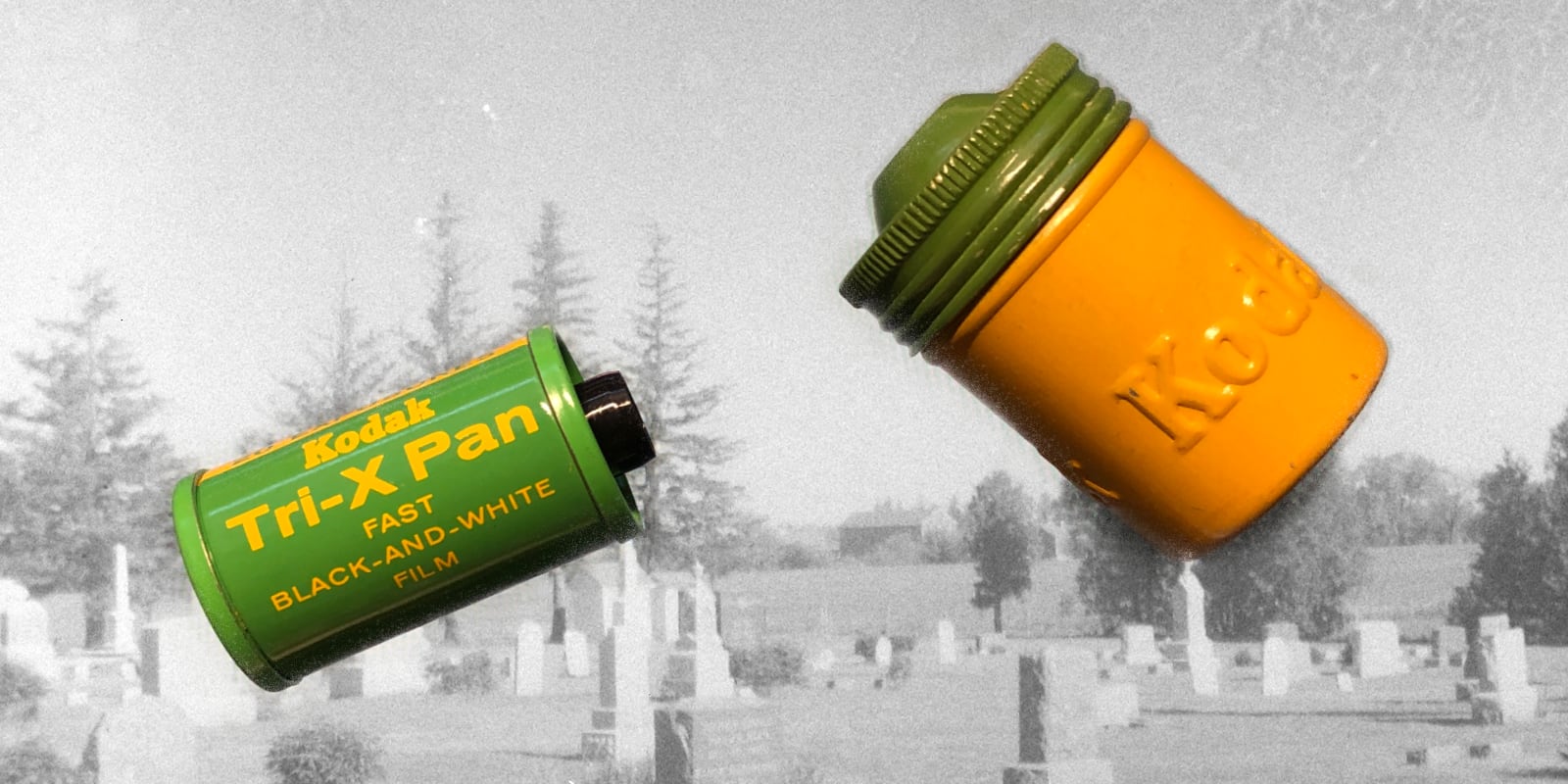 I found this very old roll of exposed Kodak Tri-x film in a Shinano Pigeon II camera, and I decided to develop it. I think that perhaps the only reason it survived is because no one could figure out how to open the back on the camera. The back doesn’t swing open like other cameras of this vintage, it detaches down in the same way a Leica back does. Though I’m somewhat satisfied that can explain why no one else removed the film from the camera, I’m curious why the original owner never did. Maybe after taking 8 mundane photos they decided that photography wasn’t for them – but they didn’t have the film developed to see how mundane they were, so the simple explanation is probably not the correct one.

The mystery around these photos is unlikely to ever be solved. The photos themselves give little context about the owner of the camera or where the photos were taken. Based upon the camera and the use of Tri-X, we know the photos come from after 1954. The car in the photos appears to be a late 50s, perhaps 1958 Chevy Bel Air, so we can estimate the film to have been exposed in the late 1950s. That further suggests that the owner would be in their 80s, and perhaps coincides with the reason the camera was for sale.

The film itself shows signs of degradation. There are what appear to be cracks in the emulsion spidering away from the edges. Having never developed film exposed over 60 years ago, I’m not sure the cause of this. It doesn’t seem to be caused by winding or unrolling the film, the pattern appears along the entire length. Besides for one spot in the center of an unexposed frame, the pattern emanates from the edges and the sprocket holes. When viewed at an angle the emulsion layer doesn’t appear to have any physical cracks in it. So, maybe they are some kind of cracks in the chemistry of the emulsion.

I learned to develop black and white film using CineStill Df96; because monobath developers make things very easy. However, for a bunch of reasons, I recently felt ready to move on to a more traditional multi-step development process. Also, I had developed a couple of very old rolls of Kodak Plus-X using Df96 and neither yielded any images. So, for this roll I decided to use the Ilford ID-11 that I had on hand. I searched the internet for recommendations on how to develop old film, and didn’t find any definitive answers. I doubt that my process is the canonical process for old film, but it fortunately worked very well in this challenging scenario. Below is the process which I followed.

The developed negatives were very low contrast. After scanning them I increased the contrast by simply adjusting the levels. I adjusted each frame individually, but I followed the exact same process. 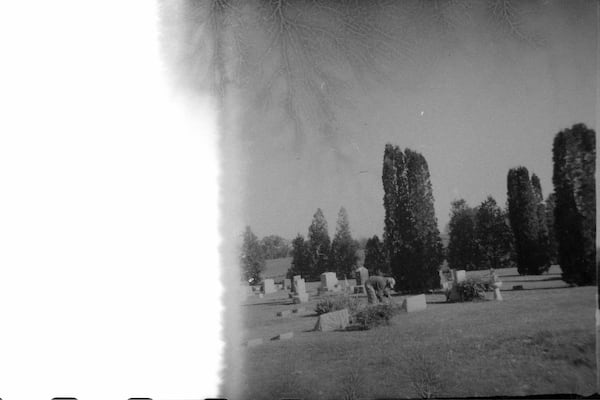 A man tending to a grave marker

A man tending to a grave marker 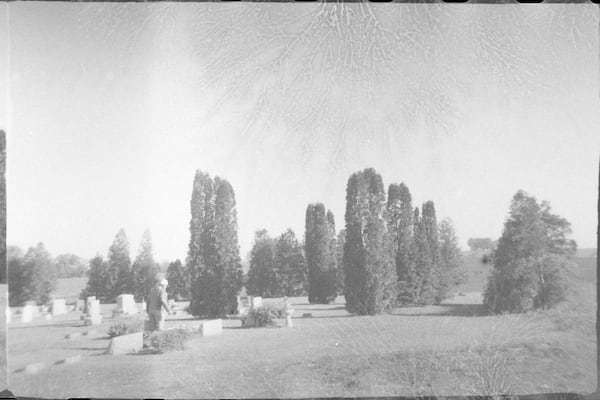 Trees near the graveyard

Trees near the graveyard 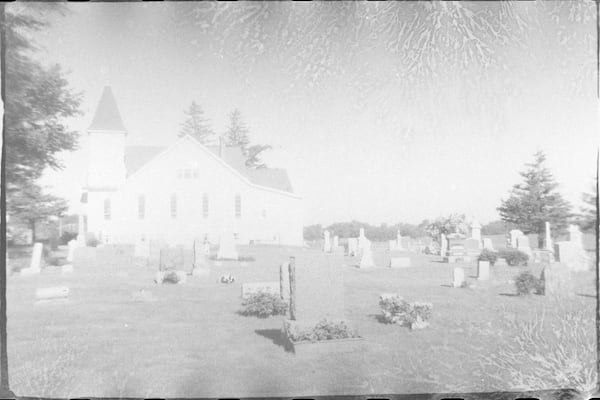 Graveyard near the church

Graveyard near the church 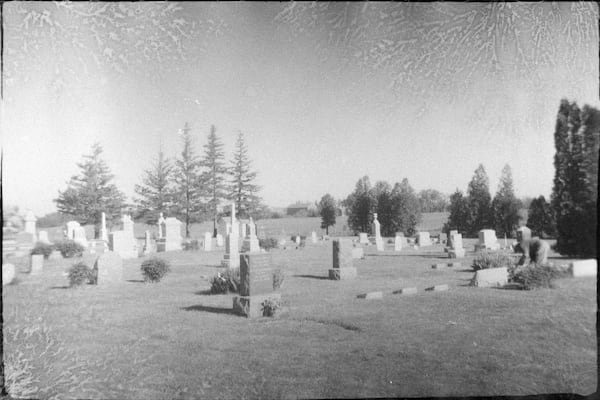 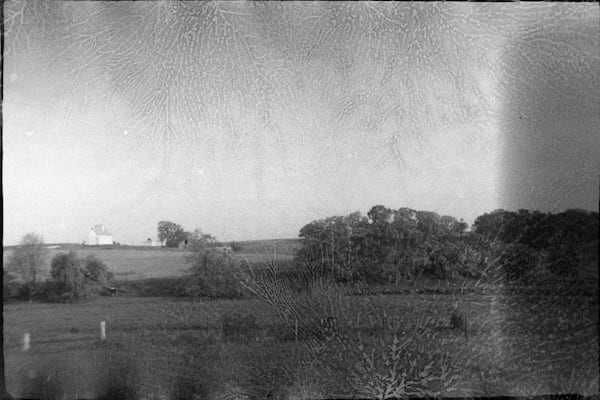 A bulding in the distance

A bulding in the distance 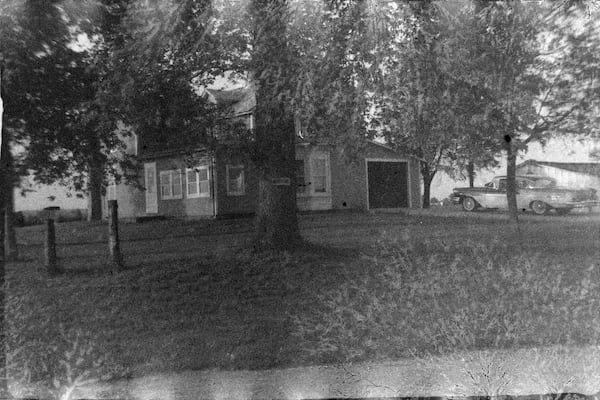