I am the third owner of this camera, but probably only the second person to use it. It came from an estate in Cleveland. According to the gold leaf inscription in the case, the camera originally belonged to the person’s father. Below the first owners name is also embossed “Cleveland - Detroit.” Presumably that means they lived in the Detroit neighborhood of Cleveland.

This camera is definitely vintage, when I received the camera it had an authentic post-second-world-war smell to it … it smelt of steel plant exhaust and leaded gasoline, but mostly cigarette smoke. I don’t know if that smell will ever completely come out of the leather case, but the leather on the camera seems mostly clean of it now. The haze of cigarette smoke residue on the lenses and mirrors also wiped off. But, every now and then, on a hot humid day, you can still catch a faint whiff of the 1960s office building or social club where the first owner would have frequented.

This camera was a bargain, probably due to the smoke flavor and hazy lenses. It does have some dents which suggest that it has been dropped once; it looks as if the lens hood took the brunt of the impact, but it then tumbled forward onto the top. All the glass appears original and shows no sign of damage, so perhaps the fall wasn’t so bad.

So far I have only put three rolls of film through this Rolleiflex. The first roll was the hardest. The mechanism that automatically detects when the film door opens needs lubricating, so I have to depress the switch multiple times to get the film counter to reset to zero when reloading film. Winding on film so that the first frame is correctly detected is also a challenge, though I think I’m getting better at it. I didn’t loose any frames from from the frame counter starting early on the last roll I shot.

Unfortunately, before I run more film through this camera I need to at least adjust the focus. The viewing lens and the taking lens are not properly coupled. The taking lens focuses a couple feet closer than the viewing lens. I like to take photos with shallow depth of field, and as you can see from one of the sample images below, that is hard to do on a TLR with improperly adjusted lenses.

Win the Prizes with a Rolleiflex

The Rolleiflex has won some of the biggest money prizes ever offered in Photographic competitions and here are some of the reasons why. It is a first-class precision miniature camera without intricate and bothersome gadgets. It is largely automatic and very easily manipulated, even by a novice. It shows you the actual picture you will get, full size and right way up, on the focusing screen. Focusing is foolproof. The ƒ/3.5 Zeiss Tessar lens gives perfect definition and sparkling results, even in the poorest light. Takes 12 pictures 2½” ⨉ 2½” on an ordinary roll film. Compur rapid shutter speeded to 1/500th sec. Price £31.5.0. Look out for future advertisements giving further reasons why Rollei cameras win the prizes. Ask your dealer for a demonstration.

The original viewfinder on this vintage Rolleiflex is clear and sharp. However, despite the ƒ/2.8 viewing lens, it is very dim. It is dim even after thoroughly cleaning the lenses, focusing screen, and mirror. The viewfinder is the brightest in the center, growing dimmer towards the edges. This is one area where Ikoflex TLRs of the same age are clearly superior. This Rolleiflex has a simple flat ground glass focusing screen, the Ikoflex models of this vintage have a convex side which yields a viewing screen which is bright from edge to edge. In the example image it almost looks as if there is a spotlight on the book. There is not. Because of the large glare the iPhone taking the photo is clearly visible, and the flash is not on. Fortunately, the viewing screen can be upgraded.

Photos from this Rolleiflex Automat 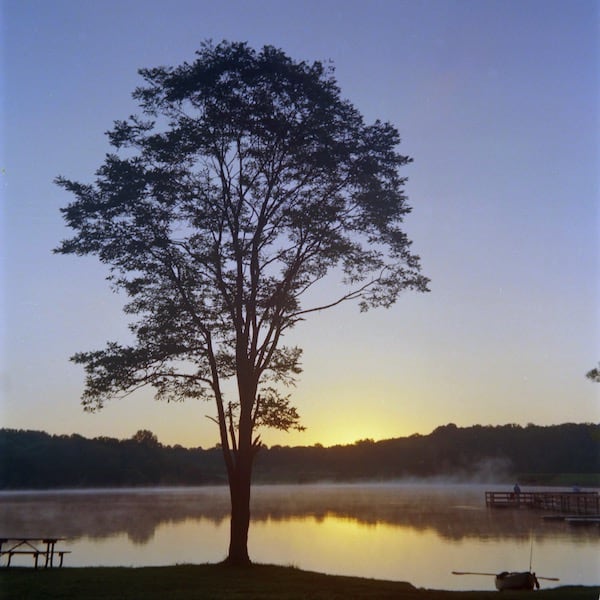 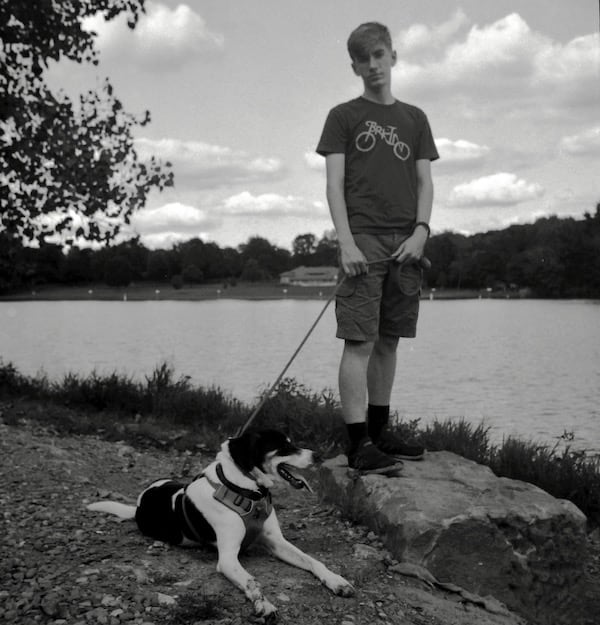 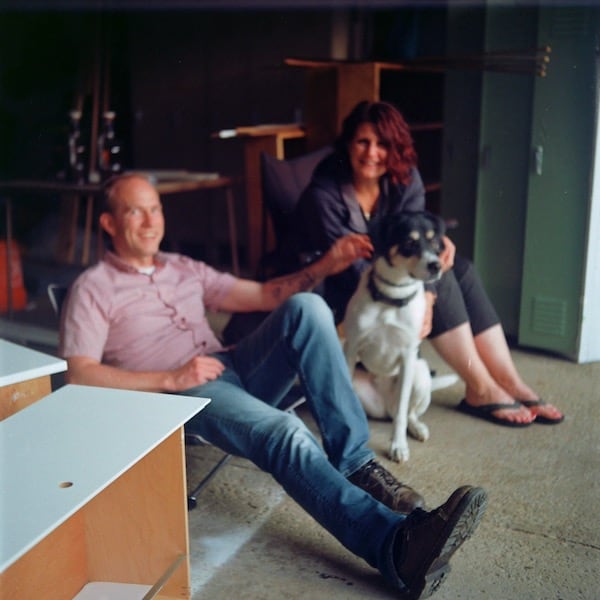 I swear this was in focus, the lenses must not be aligned 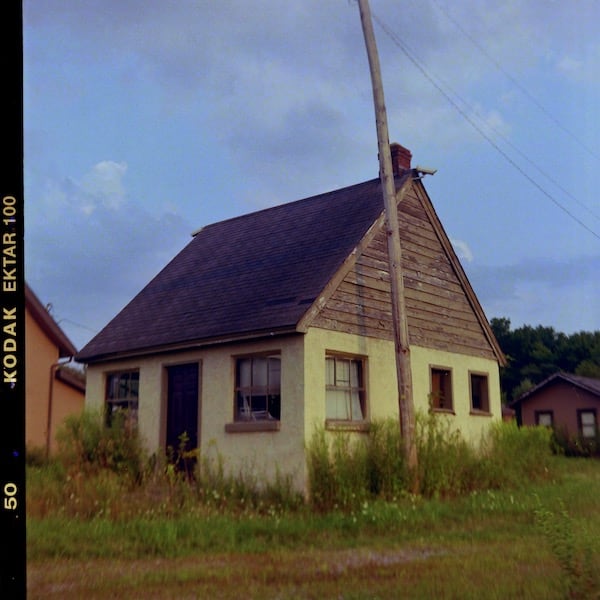 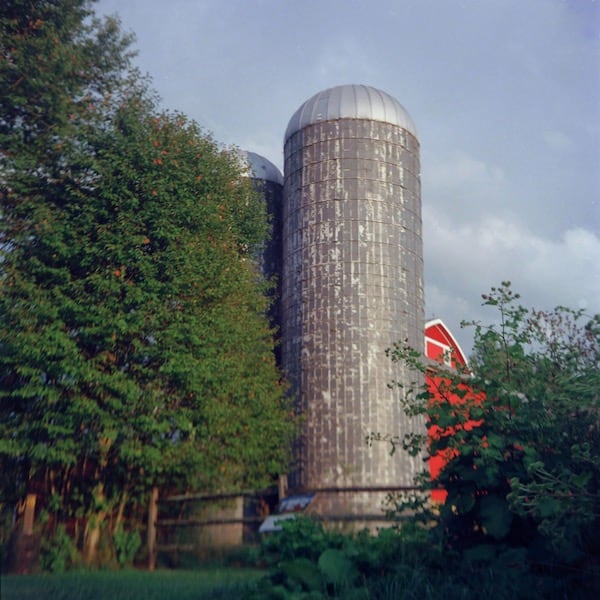 Silo near the trail

Sounds from this Rolleiflex Automat