I found this camera at a thrift store. It had been stored, for many years probably, in a leather-like Polaroid case. And, like so many cameras which are stored in leather for long periods, it had fungus and mold or mildew. There was fungus on the lens and mildew on the mirrors and fresnel. There was also some sort of defect which caused it to eject every time it was powered on. The problem also prevented the shutter button from working. This, by the way, is why you always test Polaroid cameras with a dummy pack of film, an empty pack of film with a working battery which is reloaded with defective shots.

I completely disassembled this SX-70. The hardest part of disassembly was removing the square head screws which seemed to have some mild galvanic corrosion. The most annoying part, however, was removing the original maroon Porvair covering. There was no salvaging it, it crumbled away with light handling. The adhesive however was still very sticky, and that combined with powdered Porvair made for an extreme mess. After removing all the debris, I had to clean the camera three times with turpenoid and then once with alcohol to remove all of the residue.

With the outside no longer sticky I could turn my attention to cleaning the lens. The SX-70 lens has 4 elements in three groups, which means there are 8 lens surfaces. By disassembling the shutter assembly and unscrewing the focusing lens you get access to 4 surfaces, the remaining 4 are much harder to get to. Honestly, I would recommend NOT attempting to access the remaining 4 surfaces. There is a lot that could go wrong, and it is not worth the risk unless the lens has so much fungus that it is unusable.

To remove the rear element group the ECM must be de-soldered and removed to access the mounting screws. The trim assembly and the photocell lens also needs to be removed. With those out of the way, the lens can be unscrewed and then very carefully slid off of the two shutter blades which pass through it. The rear element group can be separated with some cautious use of force, though I would again warn against it. The two pieces have a friction fit that is locked in with adhesive that fills in channels on both parts. I could not find a way to access the remaining two surfaces. In other lens designs I have seen these two elements are bonded together. In this case the elements seem to not be bonded directly, rather they seem to be joined via the metal carrier. I could not see a way to get them out without causing damage.

When I removed the ECM I saw that the photocell was covered in white corrosion. I cleaned the glass filter which covers it, but noticed corrosion underneath it too. So, I carefully cut out the filter to clean the inner side. After cleaning the lens and the light meter I disassembled the camera body and cleaned the remaining optical components. There are video explaining how to take the body apart, so I won’t reiterate. The only challenge was popping out the rear portion of the bellows. This camera uses rivets to connect parts of the bellows to the camera body, so there is only one way to take it apart. I was careful when cleaning the mirrors, thankfully they did not seem too fragile. The many tiny ridges of fresnel, however, took a long time to clean. I took my time and used extra care to avoid damaging the fragile surfaces.

With everything clean I reassembled the camera. I think that the problem with the faulty shutter button and the power on ejection problem seemed to be caused by the taking mirror carrier being stuck. After cleaning the mechanism and ensuring that it moved freely the camera functioned as expected. I shot a fresh pack of film through the camera, and when that turned out well I installed a new leather cover. I went with maroon to keep that late 70s color scheme.

Polaroid’s finest is now even better.

Take the finest camera Polaroid has ever made, The SX-70 Land camera:

You can focus infinity to 10.4 inches (closer than you can get with almost any other camera in the world without a special lens).

You view through the lens, so you can focus and frame your picture precisely.

A 12,000 rpm motor propels the already developing picture into your hand, hard, flat and dry. In minutes, you have a big, beautiful finished 3 1/2 x 3 1/2 color print.

In daylight, exposure is controlled automatically by an electronic eye which reads the light and sets both the aperture and shutter speed for you.

A velvety chrome finish. A genuine leather wrap. A slim elegant shape that folds flat to slip into your pocket or purse.

An adjustable leather neck strap, to make it even more portable.

A monitored flash that make final split-second corrections in exposure.

A new Super Color film, to give you better color in minutes.

And you have the new SX-70 Alpha 1. Polaroid’s finest camera, made even better.

Photos from this SX-70 Model 2, Alpha 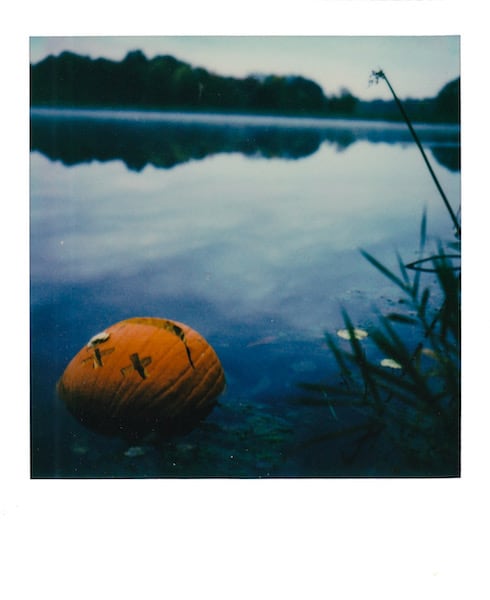 Jack O'Lantern swimming with the fishes 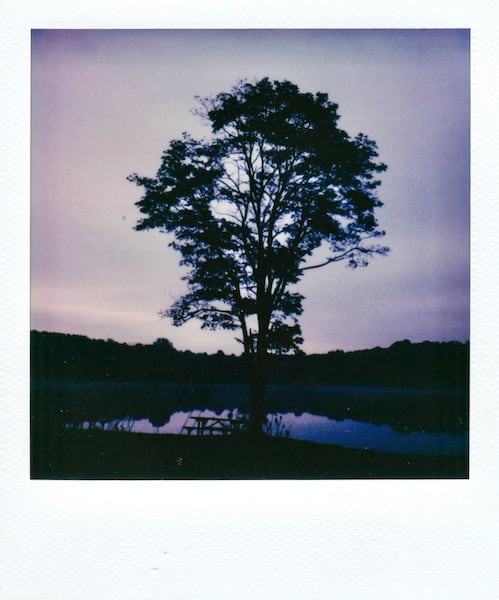 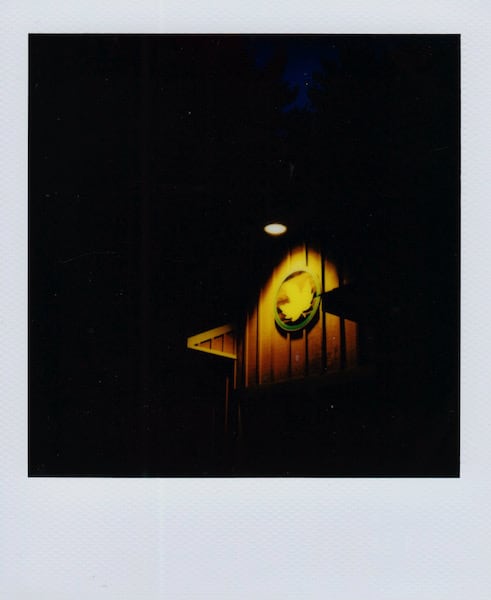 Sounds from this SX-70 Model 2, Alpha