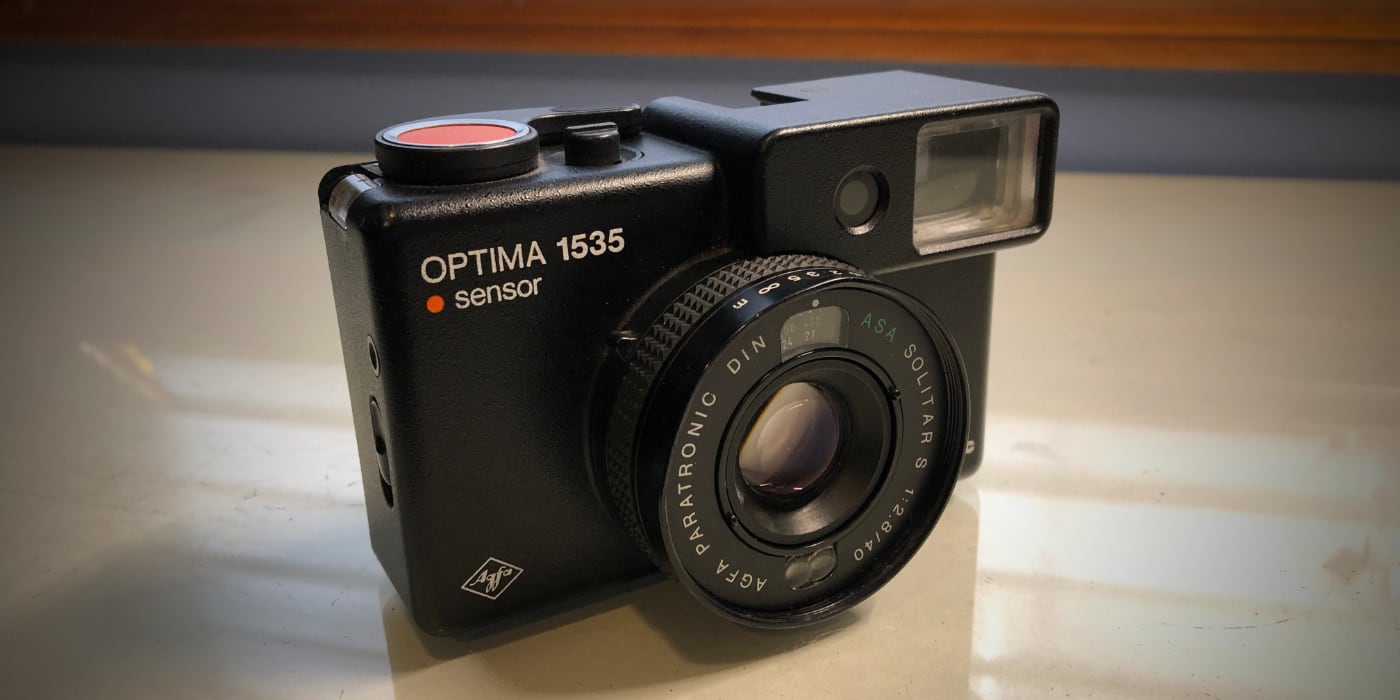 The Agfa Optima 1535 Sensor must not have sold well, or the people who still have them don’t want to get rid of them, or some combination of those factors, because I have not seen these cameras come up for sale very often. It’s a shame too, these are really great little cameras. They are not the smallest aperture-priority rangefinders available, but they should definitely be listed up there with the best of the compact rangefinders.

The Optima 1535 has nearly the same height and width as the Olympus XA, but it is substantially thicker. It doesn’t exactly slip into a front jeans pocket thanks to its protruding lens. However, unlike those ever popular subcompact cameras, the viewfinder on the 1535 is large, bright, and has a well defined rangefinder patch. It has a hot shoe to accept normal flash units. And, I dare say, when compared to the the F-Zuico on the XA, the Agfa Solitar S performs better when shot wide open.

The Optima 1535 Sensor also makes loading film very easy. Just pull out the film leader a bit, tuck it under a flap on the other side of the camera, close the back, and give it a single wind. That simple loading process also gives you two, three, or four additional frames per roll. There appears to be no take-up spool, but the take-up side is covered, so who knows what is going on in there. Supposedly the covered film take-up area will protect exposed film if the back is accidentally opened, but I have yet to test that. I will take this camera the next time I travel to Europe, where the airport security screeners in the US bound areas sometimes demand that cameras be opened to prove they contain film.

The battery compartment is inside the film compartment, so changing the battery mid-roll would require exposing at least one frame. Perhaps that is why the take-up compartment needed to be light sealed.

Optima 1535 cameras take three A625PX batteries, which are not exactly easy to get ahold of. Metering works very well though. It is not through the lens metering, but it is inside of the filter thread. The real downside here is that it can only meter up to ISO 500, and there is no exposure compensation setting to provide extra latitude.

The f/2.8 Solitar on the 1535 does perform very well in low light. When the shutter button is touched the viewfinder shows a red led if the shutter speed will be between 1/30 and 15 seconds, from 1/30 to 1/1000 a green led will be lit. Even when the red low shutter speed warning appears in the viewfinder, a marginally steady hand can frequently produce blur free images. All the low light example images below were taken hand-held (the one of the camp light was taken braced against a tree). The t-stop for the Solitar is probably close to 2.8.

This camera does have a few quirks. First, the shutter sounds more like the pullback motor on a toy car than a precision timing device. Additionally, it has an unorthodox system for rewinding the film. There is a button on the top of the camera that gets turned to “R”, then the film advance lever is used to un-advance the film. It feels odd, but it works well enough. Finally, the tripod mount is on the side of the camera rather than the bottom and the port to screw in a shutter release cable is on the opposite side of the camera. The camera also lacks a self-timer.

If a self-timer or built-in flash are needed there are other Optima Sensor models available. The other Agfa cameras in this line share the same efficient styling, but they all use scale focusing. They do have a scale focus indicators in the viewfinder at least. The Optima Sensor Flash obviously comes with a built-in flash, and because of the flash it uses two AAA batteries, which is nice. There is also the 1035 which trades the rangefinder for a self-timer. That’s not a great trade, but the 1035 does seem to be more widely available. The 535 drops the rangefinder and gains nothing; the top speed also drops from 1/1000 to 1/500. Finally, the 335 drops the maximum aperture to f/3.5 and the maximum speed to 1/300.

I would recommend the Optima 1535 Sensor, if you can find one. It has a wonderfully simple Bauhaus inspired design. The lens is fast and sharp. The large viewfinder is nice for people with glasses. The film transport system allows for highly efficient film usage. And, it is compact enough to easily be tossed in a bag and just carried along. It’s a wonderful small camera which trades off a little in size to provide more precise focusing and sharper images.

Agfa Optima Cameras, the Perfect Choice for a First or Second Camera

Agfa – Preferred By Those Who Know

The viewfinder is simple and the framelines are not coupled, but even in the poor photo below you can clearly see the rangefinder patch in the middle. The viewfinder is large enought that it can be comfortably used while wearing glasses. It also has exposure indicator lights, red for poor lighting and green for good lighting.

Photos from this Optima 1535 Sensor 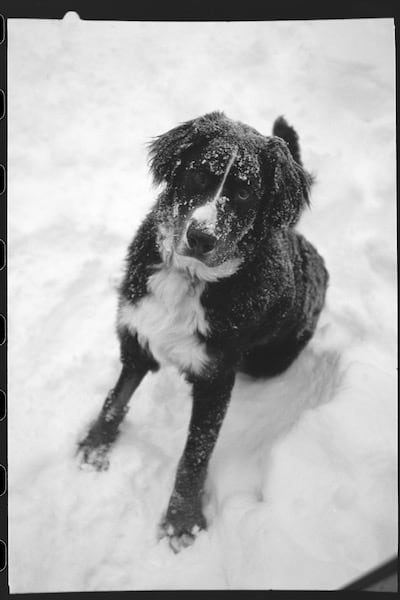 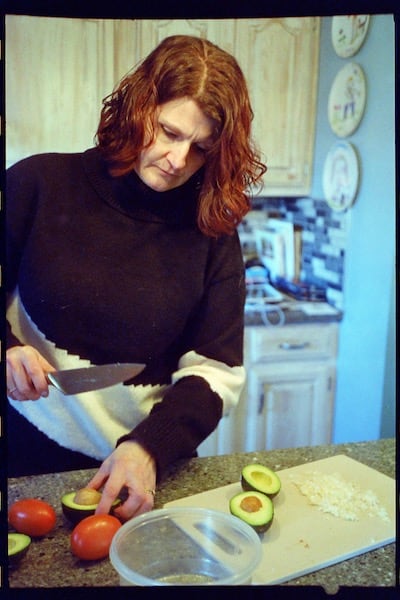 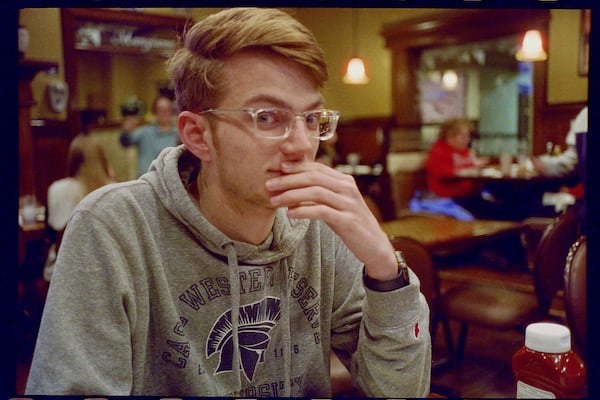 At the local Italian restaurant 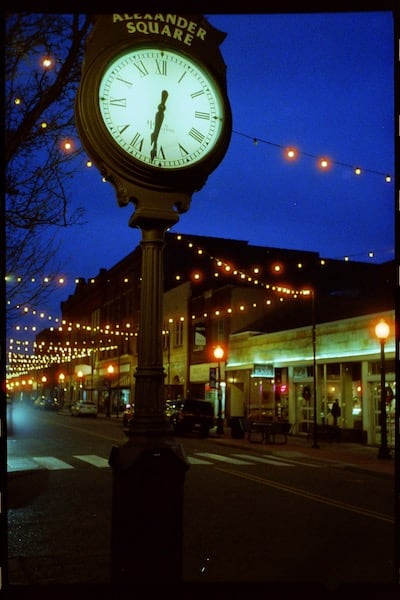 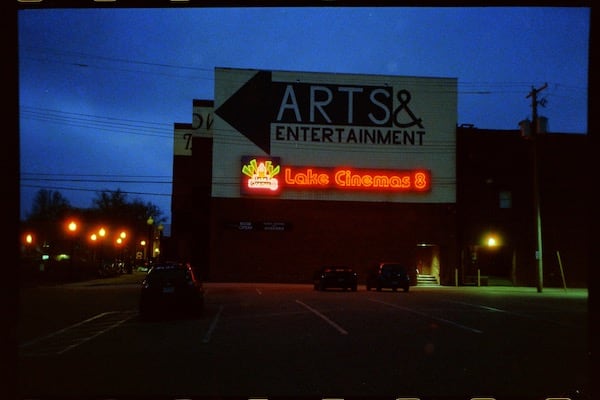 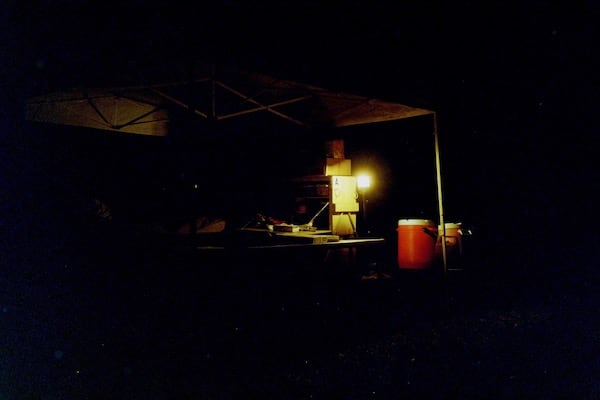 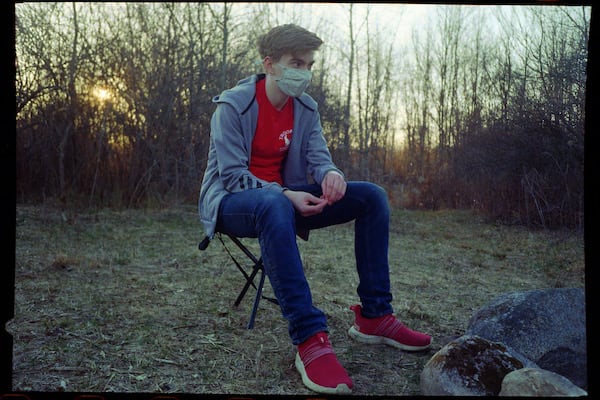 Golden hour by the fire ring

Sounds from this Optima 1535 Sensor